A film about the disappearance of something that seemed as though it would always be there: the long-established Maruhachi Yatarazuke pickling company, a shop that bore a key role in the food culture of Yamagata. The Komian Club to which it was attached had supported the Yamagata International Documentary Film Festival since 1993, offering a venue for free social interaction. But in April of 2020, it was suddenly announced that the shop and restaurant were shutting down. As the curtain closed on 135 years of business, disappointment spread, along with questions. This film looks at the proprietor who made the painful decision to close the business and at the people who lent support to this space of interaction. It asks what the YIDFF, and what Yamagata itself, meant as experienced through the Komian Club, by filmmakers and audiences from Japan and abroad. 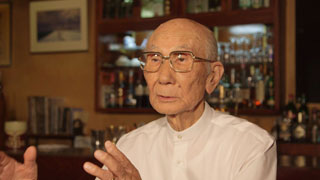 Sakata, a merchant town that is half of the phrase “Sakai in the west, Sakata in the east,” was home to the Green House—a cinema dubbed “the world’s most deluxe theater.” It all but disappeared from popular memory, however, after the 1976 Great Fire of Sakata, which broke out in its interior. Following forty years of silence, this film shares precious testimonies regarding the theater from those who loved it, reviving the creativity and passion that connected the cinema with the community. In May of this year, the bartender of Sakata’s Köln bar, Iyama Keiichi, passed away. This film features his exceptionally realistic narrative of these events.